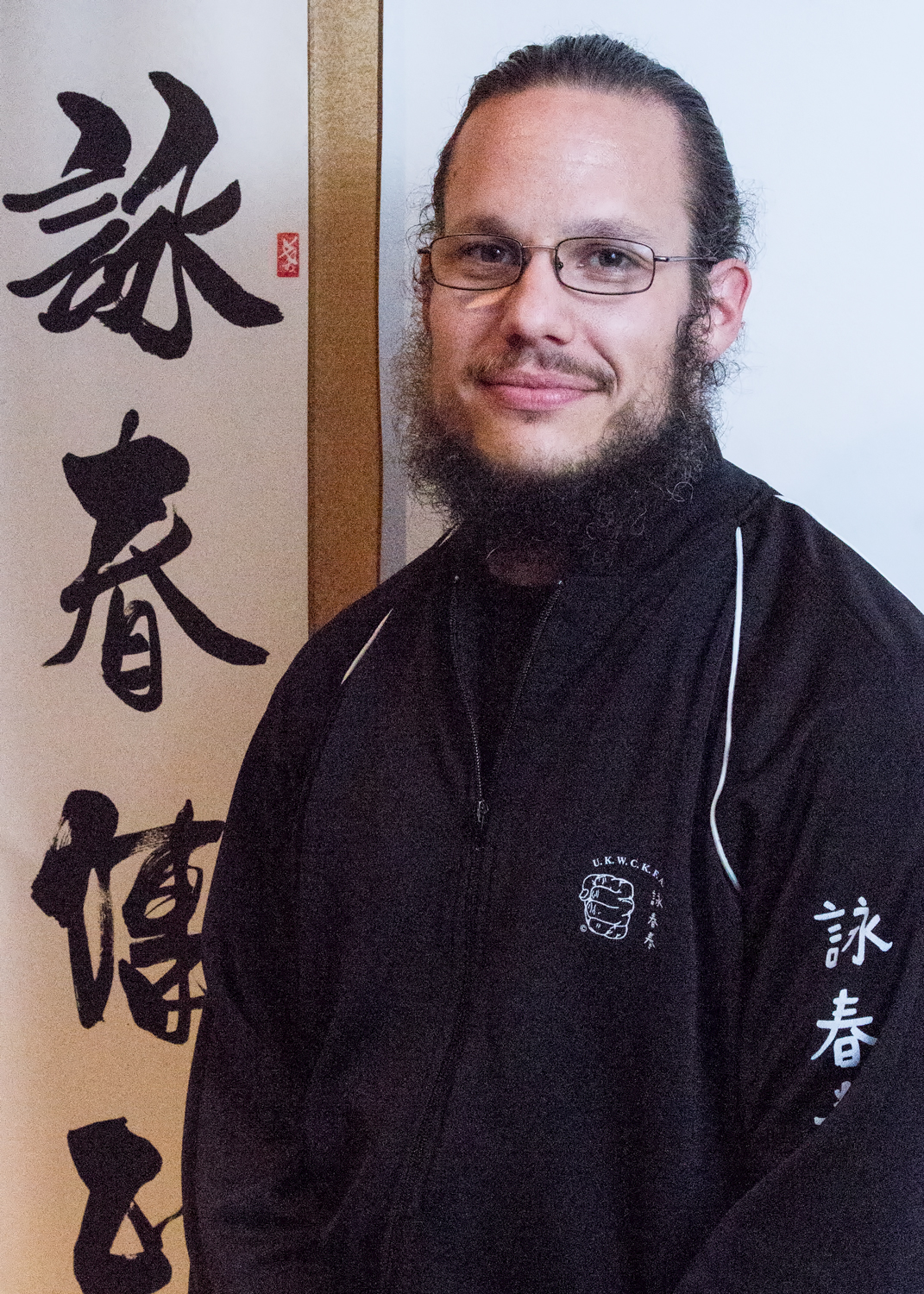 Alec Wright started his martial arts journey begins with Ju Jitsu, which he has continued training for over 13 years.

Alec has worked very hard and proved himself a force to be reckoned with, achieving the highly respected rank of 3rd Dan Black Belt.

Whilst it is hard to achieve a black belt in any martial art, it is of particular note when in the Art of Zen Kempo Ryu Jiu Jitsu under the tutelage of Senei Terry Coughtry.  Sensei Coughtry is recognised for his high standards and expectations and some of the toughest grading in martial arts.

Alec’s passion for martial arts lead him to look into other Martial Arts too.  Whilst still pursuing Ju Jitsu he started both Muay Thai Boxing and Wing Chun Kung Fu, but after three years doing both he chose to drop Muay Thai and focus more on his training within the UK Wing Chun Kung Fu Assoc. under the guidance of Master James Sinclair in Bedford.

Alec stated “I was immediately impressed in the first lesson on the detail and technicality involved in Wing Chun training.  The straight forward approach and seemingly simplistic, and yet technically clever ideas challenged my thought processes in just the first lesson, this excited my curiosity”.

Alec has now been exploring the art of Wing Chun Kuen in Bedford for 7 years, and states he is “still find that the learning and enjoyment of the art never ends”.

Alec has now progressed to a level where he is teaching beginners and has joined a monthly private training group focused on teachers of the Art.  Once again these sessions are taught by Master James Sinclair, but at his Cambridgeshire home.  When he can Alec travels to the UK Wing Chun Kung Fu Assoc. National Hq in Rayleigh Essex where he trained with the very best teachers and practitioners of the Art.